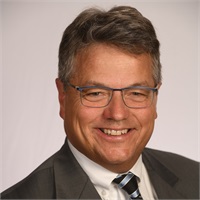 Mr. Lord, a New Hampshire native, graduated from the University of New Hampshire in 1984.  He then spent 5 years as a Field Manager for Equitable Financial Companies (now AXA) before transitioning to his present position as an independent financial advisor.  Since that time, he has earned several professional designations including financial planning’s Chartered Financial Consultant (ChFC).  Andy is presently celebrating his 30th year as a financial professional.

Professional memberships include the National Association of Insurance and Financial Advisors (NAIFA) (President of the Manchester, N. H. Chapter 1989), New Hampshire NAIFA (member, Board of Directors 1989) and the Society of Financial Service Professionals. Andy is an active member of the Top of the Table, a “study group” which includes its top advisors from its 38,000 member-base association, covering 78 different countries.  He has been a regular “TOT” volunteer and his many different committee assignments include his Chairmanship of the Top of the Table in 2002.

Mr. Lord is a sought-after public speaker. He has engaged audiences throughout the world, in such locations as, London, Hong Kong, Seoul, South Korea, Sydney , Australia and Mumbai, India (most recently on the subject of practice management).  He has been interviewed by numerous media outlets and periodicals, including The Wall Street Journal.  His radio and television appearances are frequent.  His articles have been published in trade magazines, including the American Bar Association’s Elder Law Review.

Andy was designated as NH’s Distinguished Financial Advisor of the Year in 2006 by his colleagues.

As a mature practitioner, Andy began focusing on volunteer activities outside of his industry and in the community.  He has served on the investment committees of a large, multi-national charitable foundation (responsible for grants in excess of $2M this past fiscal year), as a trustee of Burke Mountain Academy (Chair, investment committee), and as an Alpine official for the United States Ski Association (USSA), staying committed to his lifelong passion for the outdoors, Alpine skiing and racing, and skiing in general.  In addition, Andy and his family members have found time to donate both physical and financial resources to organizations such as Habitat for Humanity, Kids Around the World, Special Olympics and the Kingdom Kids Outdoors Program.

With the three older children away at school or college, Mr. Lord, his wife Nancy and youngest child, Cannon, live in New Hampshire's Seacoast area.  When taking family time, the Lord's enjoy carving up the slopes!

Andrew Lord is licensed to do business in the following states: AG, CA, CT, FL, KS, ME, NH, NJ, SC.